From his small wood shop in the tiny community of Salemville, nestled in the mountains of South-Central Pennsylvania, Michael Shaffer builds his custom handcrafted acoustic guitars. He brings over 43 years of woodworking skill and experience to his newest passion – guitar making.

Michael began his wood and woodworking journey in 1966 as he attended Pennsylvania State University majoring in Forest Technology. Upon graduation, Mike began working as a Forester for the Pennsylvania Game Commission. Shortly thereafter, he enlisted in the U.S. Navy and spent two years in active duty serving most of that time in the Vietnam combat zone both in Da Nang and aboard the USS Midway aircraft carrier (1970-1971).

When he returned from the Navy, Mike reinstated his career as a Forester. He also began to tinker with building furniture and woodworking projects. His knowledge of wood species and their characteristics added to his newfound passion for cabinet making. He honed his craft over the next 43 years, creating a successful reputation as a cabinet-maker. In 2004, Mike retired from the Game Commission with over 35 years of service.

It was at that time he toured Martin Guitar Company’s manufacturing plant. During his visit, CNN happened to be onsite covering the build of Martin’s one-millionth guitar. That experience set in motion a deeper fire, a new challenge to take his woodworking skills to a different level. Mike purchased a Martin Guitar shortly after, having never played before. He kept the instrument in secret and practiced for months until he had the nerve to share the crazy idea with his family.

He soon began reading and researching everything he could find on the subject. He started with Steel String Guitar Construction by Irving Sloane and countless online videos and resources. His first guitar was built from the best lumber he had stored for cabinet making use. Mike continued to spend countless hours in his wood shop honing his skill.

Although it took seven years to finish his first guitar, the luthier bug had bitten him. He finished up some cabinet shop commitments and projects and turned his focus to building custom, acoustic guitars. He has finished a number of unique, handmade instruments over the past four years. Each guitar that Michael builds is a sum of its parts, and Michael tunes each part to obtain its best possible tone. No two guitars are alike as each one has its own unique tone. 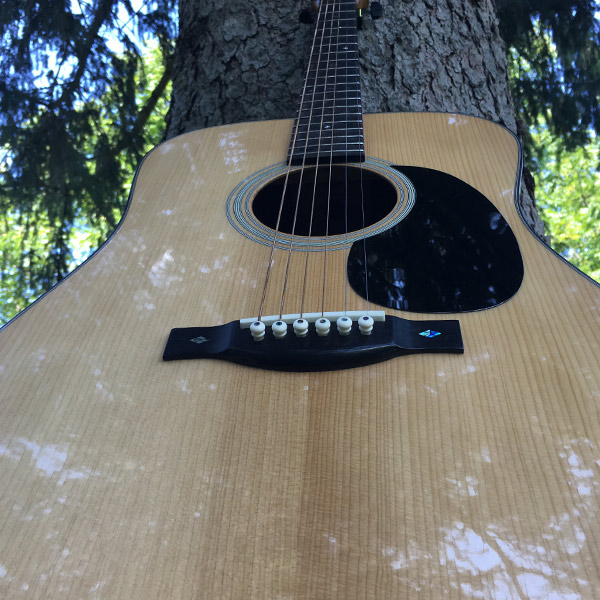 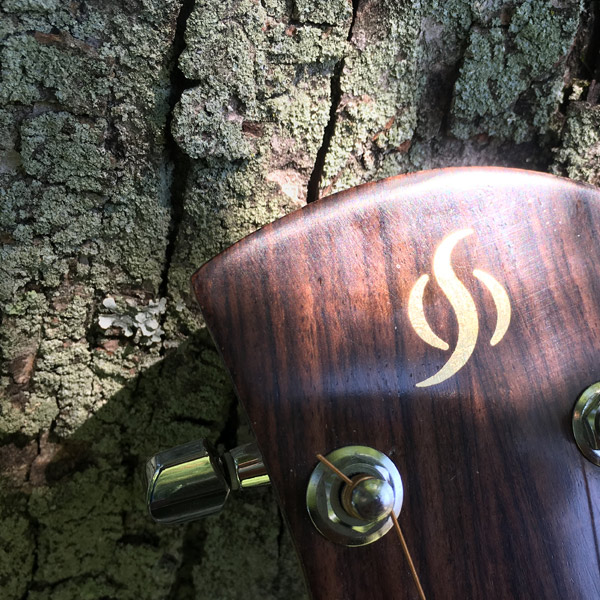 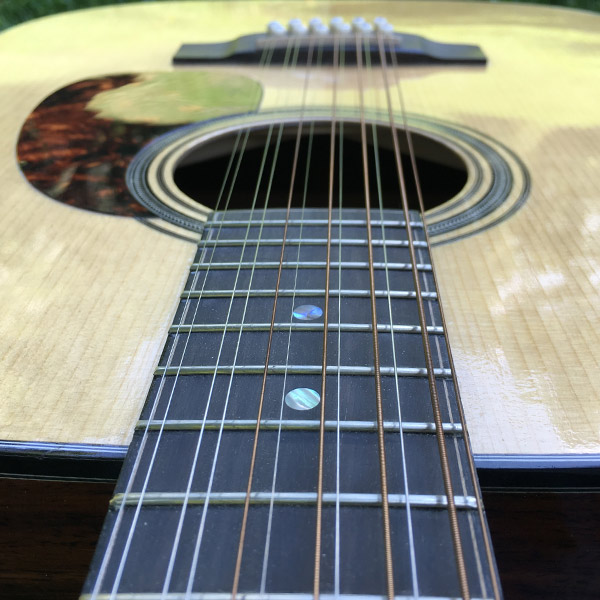 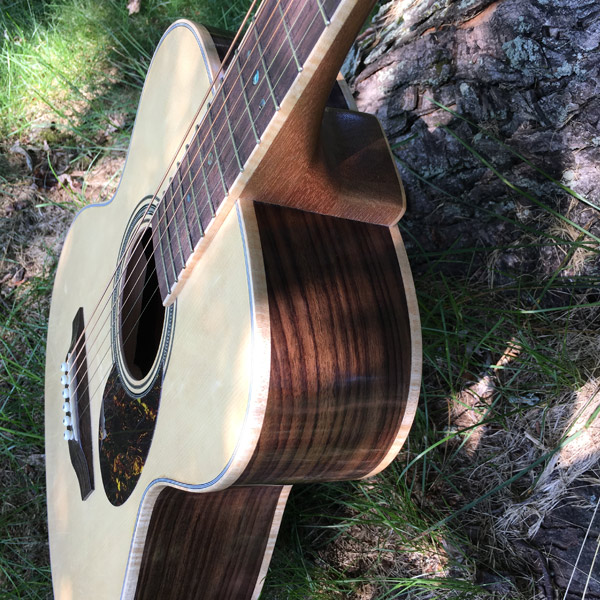 On a personal note, Mike has a passion for his Christian faith and a strong commitment to veterans and his local community. These passions are evident in his promise of giving back. Shaffer Guitars has donated custom instruments for auction and raffle-fundraisers supporting veteran’s organizations and local community fundraisers as well as providing guitars to local and international worship leaders and youth ministers (one is currently being used in Germany). To date, Mike has donated 11 guitars in support of these worthy causes.